"Furby is an American electronic robotic toy that was originally released in 1998 by Tiger Electronics. It resembles a hamster or owllike creature and went through a period of being a "must-have" toy following its holiday season launch, with continual sales until 2000. Over 40 million Furbies were sold during the three years of its original production, with 1.8 million sold in 1998, and 14 million in 1999. Its speaking capabilities were translated into 24 languages. Furbies were the first successful attempt to produce and sell a domestically-aimed robot. A newly-purchased Furby starts out speaking entirely "Furbish", the unique language that all Furbies use, but is programmed to start using English words and phrases in place of Furbish over time."-Wikipedia

Furbies speak their own language, Furbish! Each furby comes with a Furbish dictionary that tells you what everything they say means. An example of this is the dictionary explaining that the phrase "Dah-Ay-Loh-Oo-Tye!" means "Good Morning!" and "Dah-Boo!!" means "Big no!!". I like how their voices sound alot, and i think they sound really cute! Not everyone thinks that, and some people find their voices creepy or annoying, but i think they sound just fine!!! A list of all furbish words can be found HERE!!

Lots of people have been making custom furbies recently which i think is really cool!! People do things like paint on their faceplates, give them piercings,change or dye the fur, or even make things like long furbies and other oddbodies!!! There's SOOO many cool looking custom furbies out there, and one day i'll hopefully get to make my very own too!! I was planning on making one based on either the Cat Bus from My Neighbour Totoro, or a biblical angel inspired one....I think it'd be cool!! :D 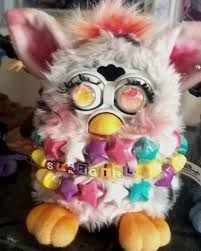 There's not just Furbies either!! There's also Shelby, a close friend of Furby's, who lives in a cute little shell!! Shelbies were first released in 2001, and Tiger Electronics stopped manufacturing of them in 2002. Shelbies speak Furbish, English, AND their own language, Shelbish!! Shelbies and Furbies can talk to each other, just like they can to other Shelbies/Furbies. Two generations of Shelbies were made, both with 6 color variants of them. There's also one unproduced yellow Shelby! There's also some lore between Shelby and Furby in the Shelby Care and Training Guide, that says that they met on the island A-loh May-lah. Furby doesn't just know shelby either!! There's also releases of a Gizmo furby (from Gremlins), Interactive Yoda (from Star Wars of course), interactive E.T., and there was also almost going to be a release of interactive Meowth and Pikachu toys! The interactive Meowth and Pikachu were never released, but were shown off at a toy fair in 2000. There used to be no images of the two toys until earlier this year, when someone on Tumblr found a photo of the toys in a 2000 Toy Fair catalog. Below are photos of the book's page, a shelby gif, as well as the unreleased Mike and Sully furby friends as well, as a bonus of sorts. :) 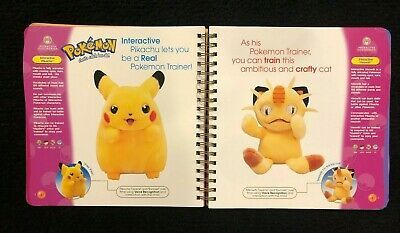 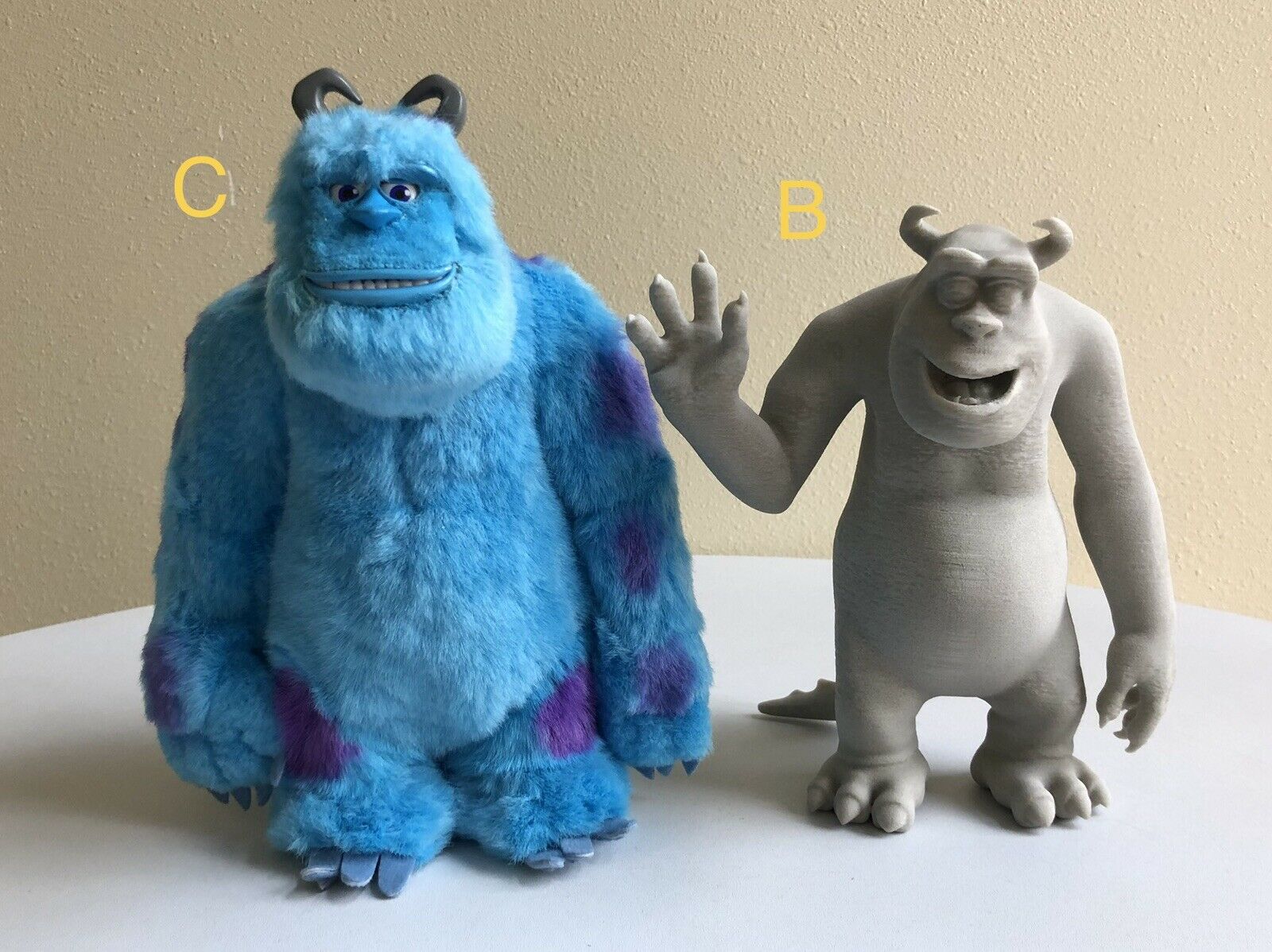 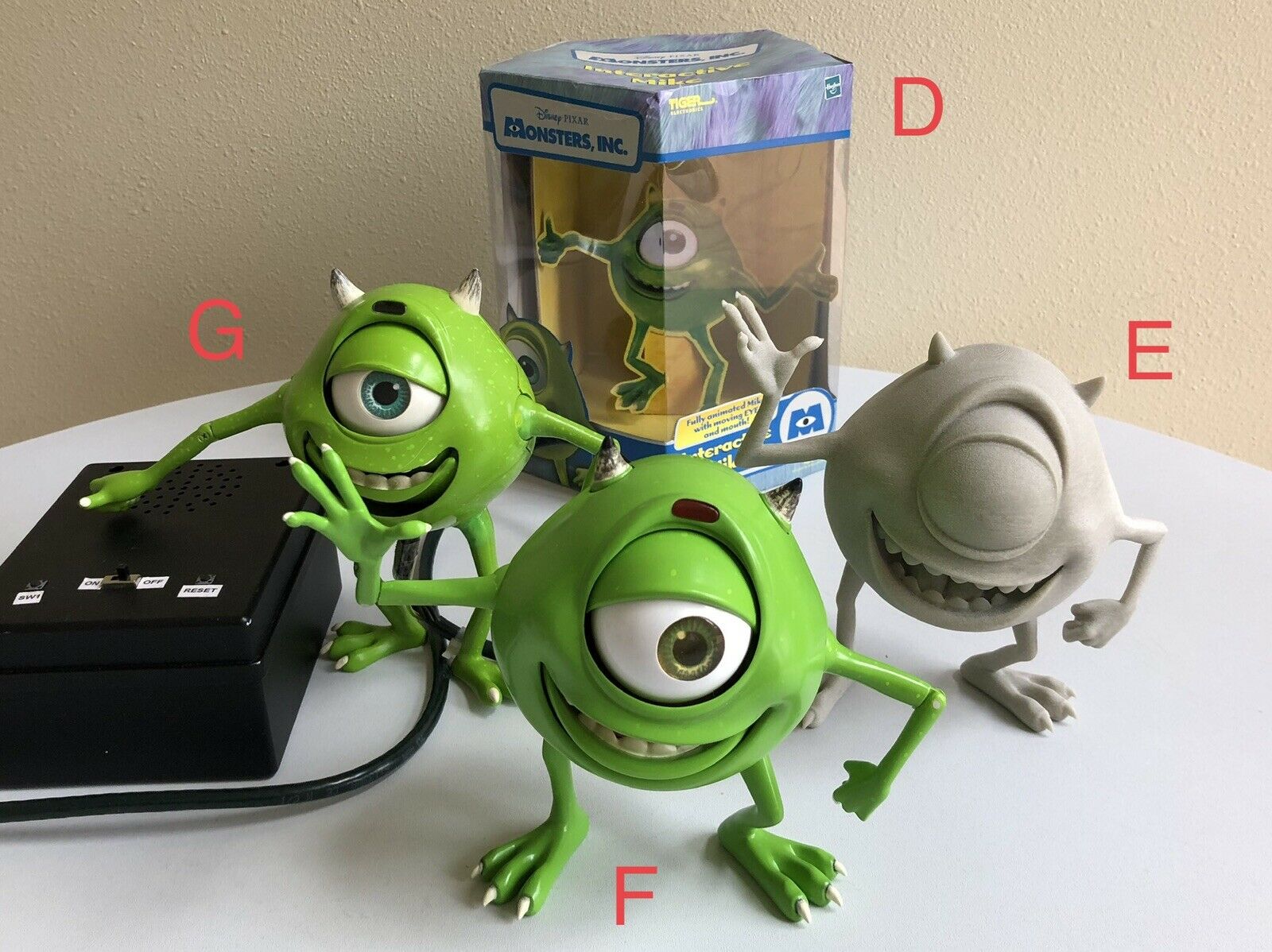 OTHER COOL FACTS ABOUT FURBY!!! 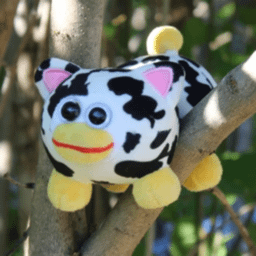 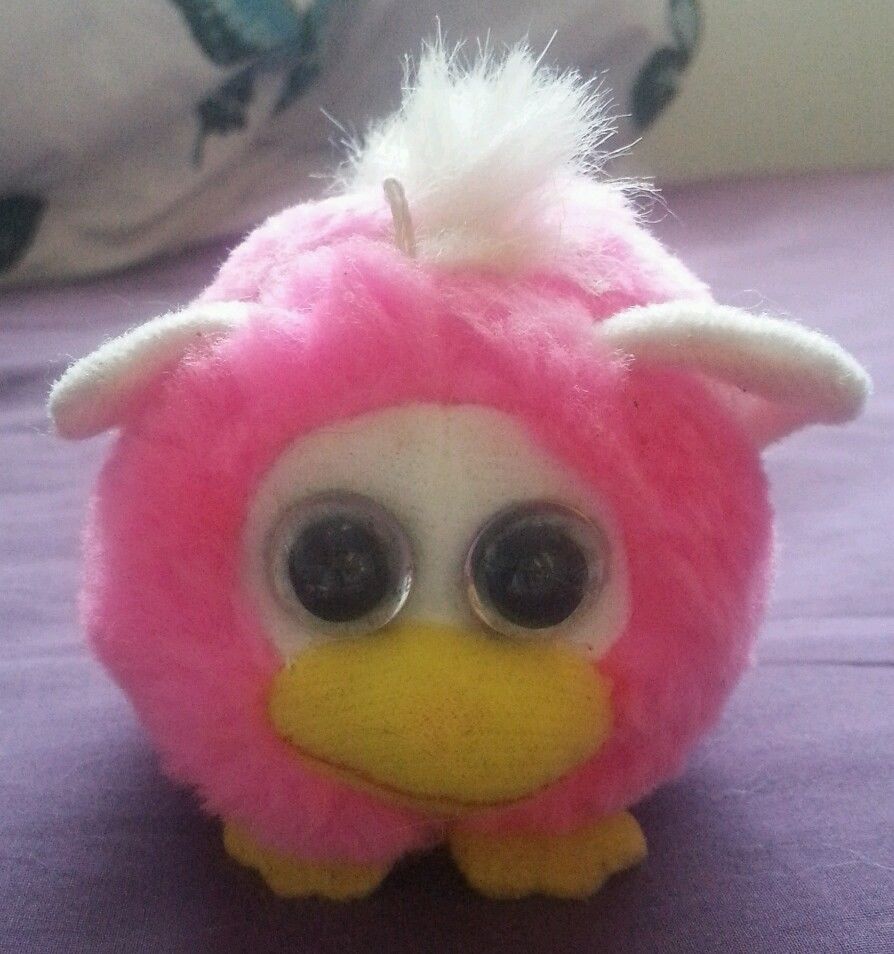 And finally, here's a link to one of my favorite sites in the whole world- Adopt A Furby! It is a site from 2006, with most of the site still functional. The only non-functional parts of the site are the flash elements that would allow users to play games, watch videos, and play music. I remember finding this site one day on pure accident, and immediately falling in love with the abandonded site. I love the graphics on the site the most. The site's main function was working as a way for people to resell their Furbies, as well as providing some sort of tech support for those with broken/glitched Furbs. The older adopt/shop pages can be found on WebArchive/Wayback Machine. The old pages are all mostly functional, too. Adopt A Furby's old catalog page can be found here!